“The culprit’s parents didn’t show any remorse” – Father of girl, 16, who lost her leg after being knocked down by a teenage driver reveals

Dr. Suleiman Sabah, the father of a 16-year-old student, Fatima Suleiman, whose leg was amputated after she was knocked down by a teenage driver performing stunt driving in Sokoto, has disclosed that the parents of the culprit didn’t show any remorse for their son’s action.

It was earlier reported that Fatima was crushed by the driver, said to be 18-year-old, few hours after completing her final exam.

The driver, identified as Aliyu Sunusi Umar, was arrested by the police and arraigned before a Magistrate court which granted him bail.

However, he was re-arrested and rearraigned on Monday, August 22, and has been remanded in a correctional facility in Sokoto till the next court hearing next week.

Speaking on the woe that has befallen his family in an interview with Daily trust, the victim’s father, Dr. Sabah, wondered why the court initially granted the culprit bail when his daughter was still hospitalized. 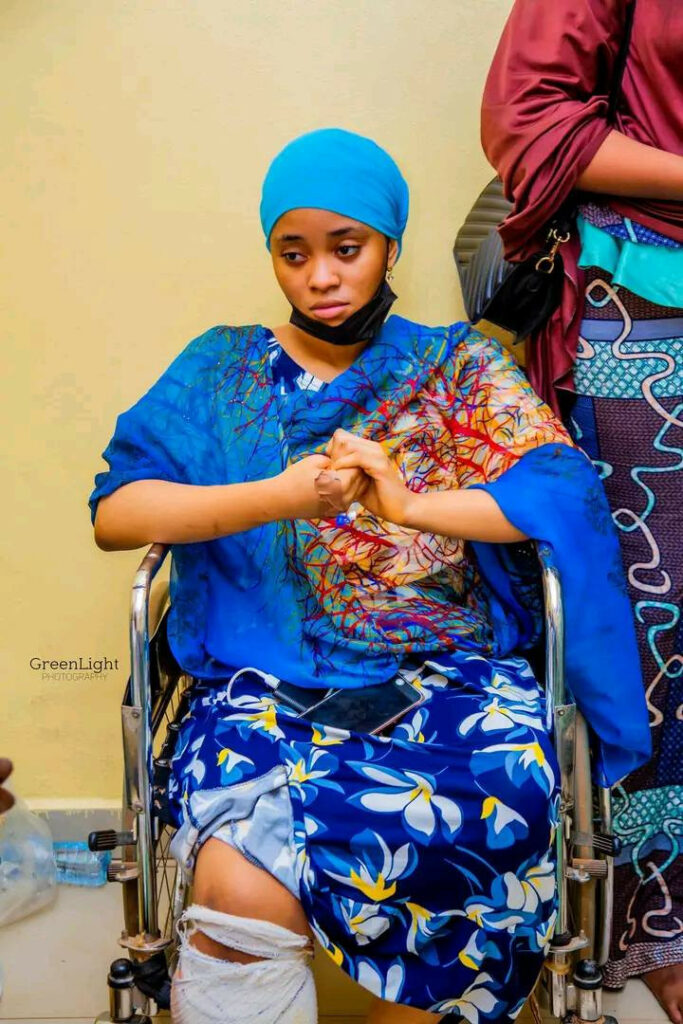 He also disclosed that the culprit’s parents are not sympathetic towards his daughter’s plight and has shown no remorse for what their son did.

“The parents of the driver who claimed to be 18 did not show any remorse over what their child did.

“In fact, they only visited my daughter three times since the incident happened. When I arrived Sokoto, I and my lawyer sat with the parents of the child based on request of their lawyer who wanted the matter settled out of court. During the meeting, we agreed that my daughter would be taken abroad where she would get the best treatment and an artificial limb.

“We contacted three hospitals. One in Germany, one in Dubai and another one in England and we sent them all the necessary documents. As we are waiting for their response, I learnt that the case was transferred to the state’s CID and the state Commissioner of Police later summoned us to his office.

“After listening to us, he faulted the boy and ordered for prosecution. So, I received a call from the police that the case would be taken to a magistrate court for mention and when I and my lawyer went there, we were told that the presiding magistrate ordered the prosecuting police officer to go and amend the charges because it contained culpable homicide.

“From the amended charges, I knew that the case was being compromised because there is nothing like grievous body injury and the magistrate granted the suspect bail. We later complained to the Attorney General of the state who asked us to write a petition against the magistrate and the police and this is what we are doing now.