It urged Nigerians with information on Mompha’s whereabouts to speak up or contact the nearest police station.

The anti-graft agency disclosed this via its Twitter handle on Wednesday.

“Wanted by the EFCC: Ismaila Mustapha. Anyone with useful information as to his whereabouts should contact the EFCC or the nearest police station,”

See a screenshot of the official statement below:- 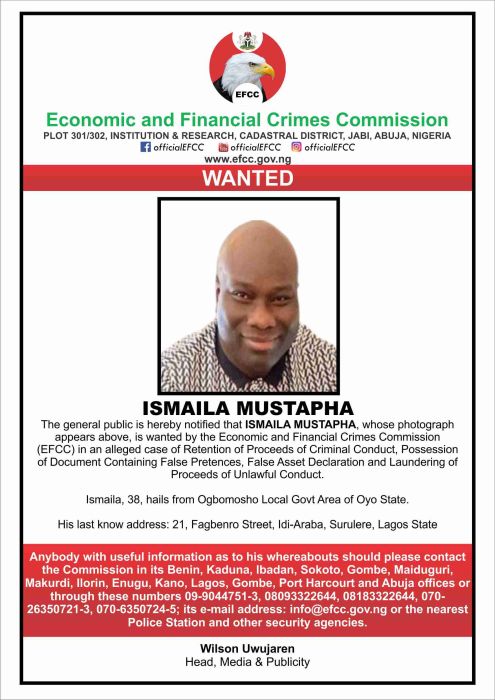 The anti-graft agency had arraigned Mompha and his company, Ismalob Global Investment Ltd, for alleged fraud.

EFCC accused the socialite and his company of N6 billion fraud on January 12.

In a fresh eight-count charge, EFCC accused Mompha of conspiracy to launder funds obtained through unlawful activity and laundering of funds received through illegal activity.

Others are retention of proceeds of criminal conduct, use of property derived from an unlawful act, possession of a document containing false pretense, and failure to disclose assets and properties.

He was remanded in the custody of the EFCC but later granted a bail of N200 million which he couldn’t fulfill.

On June 10, the commission accused the socialite of flouting a court order and travelling to Dubai with a new passport.

On June 22, a Lagos court revoked the bail granted to him due to his absence from trial.